Tommy Lee, American singer-songwriter, drummer, and producer (Mötley Crüe, Methods of Mayhem, and Rock Star Supernova) was born 3 October 1962. Mötley Crüe were formed in Los Angeles, California in January 17, 1981 when bassist Nikki Sixx left the band London and began rehearsing with drummer Tommy Lee and vocalist/guitarist Greg Leon. Lee had worked previously with Leon in a band called Suite 19, Sixx and Lee soon met guitarist Bob Deal, better known as Mick Mars.Lee had known Vince Neil from their high school days at Charter Oak High School in Covina, California and the two had performed in different bands on the garage band circuit. Upon seeing Neil perform with the band Rock Candi at the Starwood in Hollywood, California, Mars suggested they recruited him in 1981

While thinking of a name Mars remembered a rival band being described as a Motley Looking Crew. After modifying the spelling slightly, “Mötley Crüe” was eventually selected as the band’s name, with the stylistic decision suggested by Neil to add the two sets of metal umlauts supposedly inspired by the German beer Löwenbräu. Other than from 1992 to 1997 and 1999 to 2004, the line-up of Neil, Nikki Sixx, Lee, and Mars has remained the same. The band’s first release was the single “Stick to Your Guns/Toast of the Town”, followed by their debut album Too Fast for Love.

During the subsequent “Crüesing Through Canada Tour ’82,” there were several widely publicized incidents. First, the band was arrested, then Neil was arrested for arriving with carry-on luggage filled with porn magazines. Then while playing Scandals Disco in Edmonton a spurious “bomb threat” was made against the band, the assistant band manager Greif and Lee were interviewed by police as a result. This too ended up being a staged PR stunt. Then Lee threw a television set from the upper story window of the Sheraton Caravan Hotel and they were “banned for life” from the city. Despite the tour ending prematurely in financial disaster, it sealed the band’s reputation as hell raisers. After changing Management they were mired in Court Procedings for the next seven years.The band rose to international fame after playing at a US Festival, and with the aid of MTV. They then gained the attention of heavy metal star Ozzy Osbourne and opened for Osbourne on his 1984 world tour.

The band members were well known for their backstage antics, outrageous clothing, extreme high-heeled boots, heavily applied make-up, and seemingly endless abuse of alcohol and drugs as well. Their mixture of heavy metal and hard rock with influences by AC/DC and Aerosmith and guitar picking style of Judas Priest produced several best-selling albums during the 1980s, including Shout at the Devil (1983), Theatre of Pain (1985), and Girls, Girls, Girls (1987). Which featured their love of motorcycles, whiskey, strip clubs, substance abuse, sexual escapades, and general decadence.

The band members have also had many real life scrapes. In 1984, while Neil was driving his De Tomaso Pantera he was in a head-on collision; his passenger, Hanoi Rocks drummer Nicholas “Razzle” Dingley, was killed. Neil, was subsequently charged with a DUI and vehicular manslaughter, was sentenced to 30 days in jail (though he only served 18 days) and received a $2,000,000 fine. The new album Theatre of Pain (1985) was dedicated in Dingley’s honor, and it started a new glam metal phase in the band’s style. In 1987, Nikki Sixx suffered a heroin overdose. He was declared legally dead on the way to the hospital, but the medic, who was a Crüe fan, revived Sixx, bringing him back to life. His two minutes in death were the inspiration for the song “Kickstart My Heart”on the album Doctor Feelgood. From 1986 to 1987, Sixx kept a daily diary of his heroin addiction and entered rehab in January 1988. In 2006, Sixx published his diaries as a best selling novel: The Heroin Diaries: A Year in the Life of a Shattered Rock Star, and in 2007 Sixx’s side project band Sixx:A.M. released The Heroin Diaries Soundtrack. Then in 1988 The Manager was convicted for smuggling 40,000 pounds of marijuana. Then an unsuccessful lawsuit by Matthew Trippe claimed that Nikki Sixx was hospitalised in 1983 after a car crash involving drugs and that he had been hired as Nikki’s doppelgänger and Trippe wanted royalties. Their decadent lifestyles almost shattered the band, Until all the band members except for Mars underwent drug rehabilitation. Then in 1989, Mötley Crüe released Doctor Feelgood. The title track and “Kickstart My Heart” were both nominated for Grammys in the Best Hard Rock Category. Dr. Feelgood was also nominated twice for Favorite Hard Rock/Metal Award, losing once to Guns N’ Roses’ Appetite for Destruction, but winning the following year, beating out Aerosmith’s Pump and Poison’s Flesh & Blood. Mötley Crüe was also nominated twice for Favorite Hard Rock/Metal Artist.

Mötley Crüe have been described through the years as the World’s Most Notorious Rock Band and has sold more than 80 million album copies worldwide, including 25 million in the U.S. The band members have often been noted for their hedonistic lifestyles and the persona they maintained. All of the original members have had numerous brushes with the law, spent time in prison, suffered from alcoholism, suffered from long addictions to drugs, had countless escapades with women, (including Pamela Anderson) and are heavily tattooed. Their ninth studio album, Saints of Los Angeles, was released on June 24, 2008, certified Gold album in January 2012. Motley Crue has been working on their tenth studio album, which is set for release in 2013. Mötley Crüe are ranked tenth on MTV’s list “Top 10 Heavy Metal Bands of All-Time” and ninth on “VH1′s All Time Top Ten Metal Bands”. 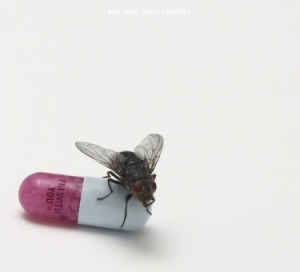 The Red Hot Chili Peppers have won seven Grammy Awards and sold over 80 million albums worldwide. In 2012 they were inducted into the Rock and Roll Hall of Fame.The band’s original line-up featured guitarist Hillel Slovak and drummer Jack Irons, alongside Kiedis and Flea. Because of commitments to other bands, the two did not play on the debut album, The Red Hot Chili Peppers (1984). Cliff Martinez was the drummer for the first two records (Irons played on the third), and guitarist Jack Sherman played on the first. Slovak performed on two albums with the band (the second and third), Freaky Styley (1985) and The Uplift Mofo Party Plan (1987); he died of a heroin overdose in 1988, resulting in drummer Irons’ departure. Parliament-Funkadelic guitarist DeWayne McKnight was brought in to replace Slovak though his tenure was short and he was replaced by John Frusciante in 1988. Former Dead Kennedys drummer D.H. Peligro was brought in to replace Irons though after a short tenure with the band he was out and replaced by Chad Smith that same year.

The line-up of Flea, Kiedis, Frusciante and Smith was the longest-lasting, and recorded five studio albums starting with 1989′s Mother’s Milk.In 1990, the group signed with Warner Bros. Records and recorded under producer Rick Rubin the album Blood Sugar Sex Magik (1991), which became the band’s first commercial success. Frusciante grew uncomfortable with the success of the band and left abruptly in 1992, in the middle of the album tour. His use of heroin increased. After recruiting guitarist Arik Marshall to complete the tour, Kiedis, Flea, and Smith employed Jesse Tobias though after a few weeks he was replaced by Dave Navarro of Jane’s Addiction for their subsequent album, One Hot Minute (1995). Although commercially successful, the album failed to match the critical or popular acclaim of Blood Sugar Sex Magik, selling less than half as much as its predecessor.

Navarro left the band in 1998. Frusciante, fresh out of drug rehabilitation, rejoined the band that same year at Flea’s request. The reunited quartet returned to the studio to record Californication(1999), which became the band’s biggest commercial success with 15 million copies worldwide. That album was followed three years later by By the Way (2002), and then four years later by the double album Stadium Arcadium (2006), their first number one album in America. After a world tour, the group went on an extended hiatus. Frusciante announced he was amicably leaving the band to focus on his solo career. Josh Klinghoffer, who had worked both as a sideman for the band on their Stadium Arcadium tour and on Frusciante’s solo projects, joined as lead guitarist in 2009 and the band spent the next year and a half recording their tenth studio album, I’m with You, which was released in 2011 and topped the charts in 18 different countries.

The album was a success, particularly in the UK (a country they call their “spiritual home”) where it reached number one, was the best-selling album of 2004, was later certified platinum by the BPI and accrued them three BRIT Awards in 2005. All five of its singles reached positions within the top 20 of the UK Singles Chart while “Filthy/Gorgeous” scored the band their first number one on Billboard’s Hot Dance Club Songs, despite the album’s mere success in their native US.The album continued its success in countries around Europe, in Australia and in Canada before the unveiling of the band’s second studio album Ta-Dah (2006) which proved to be another success that scored them their second consecutive UK number one album and produced their first UK number one single “I Don’t Feel Like Dancin’”.

Their third studio album Night Work (2010) displayed a shift towards a more club-oriented sound, charting at number two on the UK Albums Chart, number one on Billboard’s Top Independent Albums chart and in the top 10 of several international territories. The band released their fourth studio album Magic Hour in May of 2012.Scissor Sisters have performed around the world and have become well-recognized for their controversial and transgressive live performances. They have also collaborated with a number of other well-known pop musicians, including Elton John and Kylie Minogue; these particular collaborations have been received positively by both critics and other notable figures. In 2004, Bono, lead vocalist of rock band U2, described Scissor Sisters as “the best pop group in the world”. They have also collaborated with Global Cool in 2007 on one of their green lifestyle campaigns.