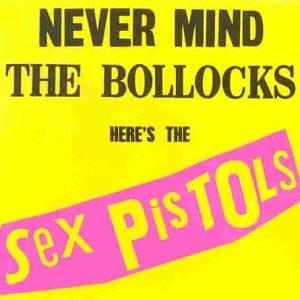 John Lydon, A.K.A Johnny Rotten, vocalist with The Sex Pistols was born 31st January 1956. formed in London in 1975 The Sex Pistols were responsible for initiating the punk movement in the United Kingdom and inspiring many later punk and alternative rock musicians. Although their initial career lasted just two-and-a-half years and produced only four singles and one studio album, Never Mind the Bollocks, Here’s the Sex Pistols, they are regarded as one of the most influential acts in the history of popular music, and the album is regarded as a classic by many.

They evolved from “The Strand”, a London band formed in 1972 with working-class teenagers Steve Jones on vocals, Paul Cook on drums, and Wally Nightingale on guitar. According to a later account by Jones, both he and Cook played on instruments they had stolen. vocalist Johnny Rotten joined soon after In August 1975, when he was spotted wearing a Pink Floyd T-shirt with the words I Hate handwritten above the band’s name and holes scratched through the eyes. The line-up was completed by guitarist Steve Jones, drummer Paul Cook and bassist Glen Matlock, who was replaced by Sid Vicious in early 1977.

Under the management of impresario Malcolm McLaren, the band provoked controversies that captivated Britain. Their behaviour, as much as their music, brought them national attention and their concerts repeatedly faced difficulties with organizers and authorities, and public appearances often ended in mayhem. Their 1977 single “God Save the Queen”, attacking Britons’ social conformity and deference to the Crown, precipitated the “last and greatest outbreak of pop-based moral pandemonium”.

Since the spring of 1977, the three senior Sex Pistols had also been returning to the studio periodically with Chris Thomas to lay down the tracks for the band’s debut album. Initially to be called God Save Sex Pistols, it became known during the summer as Never Mind the Bollocks. In January 1978, after a turbulent tour of the United States, Rotten left the band and announced its break-up. Over the next several months, the three other band members recorded songs for McLaren’s film version of the Sex Pistols’ story, The Great Rock ‘n’ Roll Swindle. Vicious died of a heroin overdose in February 1979. In 1996, Rotten, Jones, Cook and Matlock reunited for the Filthy Lucre Tour; since 2002, they have staged further reunion shows and tours. On 24 February 2006, the Sex Pistols—the four original members plus Vicious—were inducted into the Rock and Roll Hall of Fame.