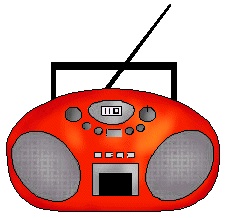 World Radio Day is.celebrated annually on February 13. It began in 2010 after Spain proposed that the UNESCO Executive Board include an agenda item on the proclamation of a World Radio Day. UNESCO’s Executive Board approved the agenda item in its provisional agenda, for the proclamation of a “World Radio Day” on 29 September 2011. UNESCO carried out a wide consultation in 2011 with diverse stakeholders, i.e. broadcasting associations; public, state, private, community and international broadcasters; UN agencies; funds and programmes; topic-related NGOs; academia; foundations and bilateral development agencies; as well as UNESCO Permanent Delegations and National Commissions for UNESCO. Among the answers, 91% were in favour of the project, including official support from the Arab States Broadcasting Union (ASBU), the Asia-Pacific Broadcasting Union (ABU), the African Union of Broadcasting (AUB), the Caribbean Broadcasting Union (CBU), the European Broadcasting Union (EBU), the International Association of Broadcasting (IAB), the North American Broadcasters Association (NABA), the Organización de Telecomunicaciones Ibeoramericanas (OTI), BBC, URTI, Vatican Radio, etc.

The Board recommended to the UNESCO 36th session of the General Conference that it proclaim a World Radio Day at its 36th session, and that this day be celebrated by UNESCO on 13 February, the anniversary of the day the United Nations establishedUnited Nations Radio in 1946. It also invited all United Nations Member States, organizations of the United Nations system and other international and regional organizations, professional associations and broadcasting unions, as well as civil society, including non-governmental organizations and individuals, to duly celebrate World Radio Day, in the way that each considers most adequate. The Board further requested that UNESCO’s Director-General brought the resolution to the attention of the Secretary-General of the United Nations so that World Radio Day could be endorsed by the General Assembly and celebrated by the whole system. The matter was subsequently treated by UNESCO’s General Conference, which adopted resolution contained in the file 36 C/63. World Radio Day was thus unanimously proclaimed by all Member States of UNESCO in November 2011. The General Assembly of the UN endorsed the proclamation of World Radio Day, thereby becoming a Day to be celebrated by all UN agencies, funds and programmes and their partners. various radio industry bodies around the world are supporting the initiative by encouraging stations in developed countries to assist those in the developing world.At UNESCO the consultation, proclamation and celebrations were handled by Mirta Lourenco, Chief of the Sector for Media Development.

In honour of the first edition of World Radio Day in 2012, Lifeline Energy, FrontlineSMS, SOAS Radio and Empowerhouse hosted a seminar in London. A variety of practitioners, academics and tools providers joined at the School of Oriental and African Studies to explore ways in which radio reaches even the most remote and vulnerable communities. Speakers included Guy Berger (Director for Freedom of Expression and Media Development at UNESCO), Dr Chege Githiora (Chairman of the Centre of African Studies at SOAS), Birgitte Jallov (Empowerhouse/ Panos London), Amy O’Donnell (FrontlineSMS:Radio), Carlos Chirinos (SOAS Radio), and Linje Manyozo (LSE). The panel was moderated by Lucy Durán (SOAS, BBC Radio 3, Human Planet). at the University of Pisa in Italy, a public event was held on 13 February 2012 to commemorate World Radio Day. The event was organized by Italradio and the Faculty of Engineering and Telecommunication. The seminar focused on radio broadcasting being an easy and cheap access to information. Pisa was chosen as the first Italian city to host an intercontinental radio station built by Marconi in the early years of 20th century.

In 2012 in Barcelona, Spain, a public event organised by College of Telecommunications Engineers of Catalunya (COETTC) was held on 21 February 2012 to commemorate World Radio Day. The event was organized with the help of the Government of Catalonia. There were panellists from radio stations and personalities from the world of radio broadcasting in attendance. The main event was a panel discussion entitled: “For a more global and competitive radio”. in Switzerland, the European Broadcasting Union organised a Digital Radio Week. This was a series of technical events starting on 13 February 2012, with the participation of the main radio standardisation organisations: DRM Consortium, WorldDMB, RadioDNS. There was also a local digital radio transmission in DAB+ demonstrating the democratization of transmission for smaller structures, using CRC mmbTools open software defined radio tools. During World Radio Day 2013 UNESCO staff gave 75 media interviews and 130 registered events took place that reached over 150 million listeners worldwide. UNESCO audio interviews with UNESCO Goodwill Ambassadors, Artists for Peace and world known opinion leaders resulted in over 10,000 plays on SoundCloud thematic page in February. The promotion of the day counted with several partners. World Radio Day 2014 had the theme Gender Equality and Women’s Empowerment in Radio proposed by UNESCO. Its sub-themes include: