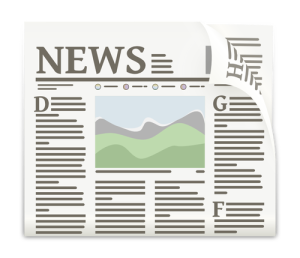 The United Nations General Assembly declared May 3 to be World Press Freedom Day. The purpose of World Prees Freedom Day is to raise awareness of the importance of freedom of the press and remind governments of their duty to respect and uphold the right to freedom of expression enshrined under Article 19 of the 1948 Universal Declaration of Human Rights and marking the anniversary of the Declaration of Windhoek, a statement of free press principles put together by African newspaper journalists in 1991.

UNESCO marks World Press Freedom Day by conferring the UNESCO/Guillermo Cano World Press Freedom Prize on a deserving individual, organisation or institution that has made an outstanding contribution to the defence and/or promotion of press freedom anywhere in the world, especially when this has been achieved in the face of danger. Created in 1997, the prize is awarded on the recommendation of an independent jury of 14 news professionals. Names are submitted by regional and international non-governmental organisations working for press freedom, and by UNESCO member states.

The Prize is named in honour of Guillermo Cano Isaza, a Colombian journalist who was assassinated in front of the offices of his newspaper, El Espectador, in Bogotá, on 17 December 1986. Cano’s writings had offended Colombia’s powerful drug barons. UNESCO also marks World Press Freedom Day each year by bringing together media professionals, press freedom organisations and UN agencies to assess the state of press freedom worldwide and discuss solutions for addressing challenges. Each conference is centred on a theme related to press freedom, including good governance, media coverage of terrorism, impunity and the role of media in post-conflict countries.

The 2011 World Press Freedom Day celebration was held in Washington, D.C., United States on May 1–3. It was the first time the United States had hosted the World Press Freedom Day celebration. The theme of the event was 21st Century Media: New Frontiers, New Barriers. The event affirmed fundamental principles of media freedom in the digital age—the ability of citizens to voice their opinions and access diverse, independent information sources—20 years after the original declaration was made in Windhoek, Namibia.