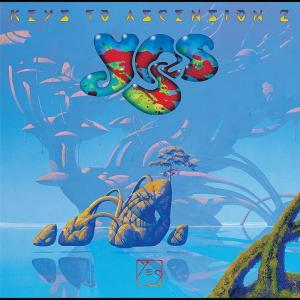 Known primarily for the dreamy, other-worldly fantasy scenes created for various bands including Yes, Asia and Anderson Bruford Wakeman Howe, the English fantasy artist, designer, and publisher William Roger Dean was born on 31 August 1944 in Ashford, Kent. His mother studied dress design at Canterbury School of Art before her marriage and his father was an engineer in the British Army. He has three siblings, brother Martyn and sisters Penny and Philippa. Much of Dean’s childhood was spent in Greece, Cyprus, and, from age 12 to 15, Hong Kong, so his father could carry out army duties. Dean was very keen on natural history as a child, and Chinese landscape art and feng shui became particular influences on him during his time in Hong Kong. He has cited landscape, “and the pathways through it”, as his greatest influence and source of inspiration for his exotic, fantasy landscapes.

In 1959, the family returned to England, Dean attended Ashford Grammar School followed by his entry in 1961 to Canterbury School of Art studying silversmithing and furniture design and graduated with a National Diploma in Design. He also began studying industrial design. As the school was trying to become accredited in the subject, Dean bypassed its foundation level course but disliked the way the subject was taught and questioned the teachers as to why people had to live in “boxes” and their response in that “form follows function”. in 1965 Dean enrolled at the Royal College of Art in London. to study furniture design and became a student of Professor David Pye. Among his research was the “psychology of architecture” and what made people feel comfortable in buildings.He did a thesis about “producing a sense of tranquillity in domestic architecture”. He graduated from the college in 1968 with a masters with first degree honours, and won a silver medal for “work of special distinction”. He was inspired Rick Griffin’s artwork for Aoxomoxoa (1969) by The Grateful Dead as his “first big visual shock” and bought the album prior to owning a record player.

Among Dean’s first successes was his sea urchin chair which compresses and fully adapts to the shape and size of the user. This was inspired by research at the Royal College is a predecessor to the bean bag. Dean was one of the few students picked from the Royal College to design and make objects in famed designer Cherrill Scheer’s factory. The chair remains one of Cherrill’s favourite pieces. It is now a part of the permanent collection at the Victoria and Albert Museum. In 1968, during his third year at the Royal College, Dean helped design a contemporary landscape seating area at the upstairs disco at Ronnie Scott’s Jazz Club in Soho. This led to the design of his first album cover, The Gun (1968) by rock band The Gun for which owner Ronnie Scott asked him to adapt a demonic-themed design that Dean originally made in his sketchbook for his thesis, for the album’s cover. He then decided to start producing album cover art design. He first began producing covers for various jazz artists for Vertigo Records. Dean also wanted to publish a book on architecture.

In 1970 Dean designed the logo to the independent label Fly Records and also worked on artwork for Marc Bolan. This involved typesetting the liner notes and lyrics by hand with the assistance of a graphic designer. Following this Dean also began handwriting the text for further Bolan singles. Dean also completed a design for Clear Blue Sky (1970) by Clear Blue Sky, involving a painting without typesetting.Following this Dean produced more handwriting, logo, and graphic work for rock bands. He also held a small exhibition of his work in Florence. Dean did the artwork for the cover of Osibisa (1971) by Afro-pop band Osibisa which Dean described as “credible African fairytale imagery” and features “flying elephants”. This was turned into a popular poster by the Big ‘O’ poster company.

Dean sent a portfolio to numerous executives including Phil Carson, the European General Manager of Atlantic Records who decided to use Dean’s artwork for rock acts like, Led Zeppelin and Yes, and hired Dean for the cover of Yes’s fourth album, Fragile. This features a planet which is breaking up, so the inhabitants build a space ark to find another planet to live on while towing the remains of the planet with them”. In 1972, he designed the band’s logo which he came up with during a journey on the Brighton Belle train. Yes guitarist Steve Howe stated, “There is a pretty tight bond between our sound and Roger’s art”. Dean also contributed to Martyn Dean’s stage set designs for the band. During his work for Yessongs (1973), Dean and his printers Tinsley Robor secured a patent for “a way of going from gatefold to any number of pages, folded out of one piece of card” For Yes’s album Relayer (1974), he painted the sleeve in pencil and coloured it with dirty water. Characteristic landscapes show graceful stone arches or floating islands, while many paintings portray organic-seeming habitats, with ornate calligraphic work, logos and titles to go with his paintings.

Dean had an idea for Living in the Third Millennium, a television show about the designs of the future. In 1981, Dean and his brother Martyn had their collaborative design, the Tectonic House, a futuristic and economic home built to last, displayed at the annual International Ideal Home Exhibition in Birmingham. The idea spawned from two ideas: Dean’s earlier designs for a bed and bedroom intended for the safety of children, and Martyn’s “retreat pod” from 1970 that was featured in the Stanley Kubrick film A Clockwork Orange. Dean also collaborated with comic artist Michael Kaluta for the video game The Black Onyx by Henk Rogers for which they produced an estimated 4,000 drawings including ideas for animation, story, music, and motion capture.

In 1985 Dean created cover artwork for some Psygnosis games, including Shadow of the Beast and Obliterator and did the cover art for Tetris Worlds as well as a redesign of the Tetris logo. In 2002 Dean received an honorary doctorate from the Academy of Art University in San Francisco and received an honorary fellowship from the Arts University Bournemouth in 2009. In 2004, Dean started his “Homes for Life” architectural idea, designing affordable futuristic homes that can be mass produced in factories and customised to the user’s tastes. The design is curved based and without right angles. In 2013, Dean filed a legal action in U.S. District Court New York claiming that film director James Cameron was inspired by 14 of his original images in the making the 2009 blockbuster film Avatar. Dean sought damages of $50m. The filmmakers admitted in court to being influenced by the artist’s work, and Dean’s case was dismissed in 2014. In 2013, Dean received a Gold Badge of Merit from the British Academy of Songwriters, Composers and Authors.